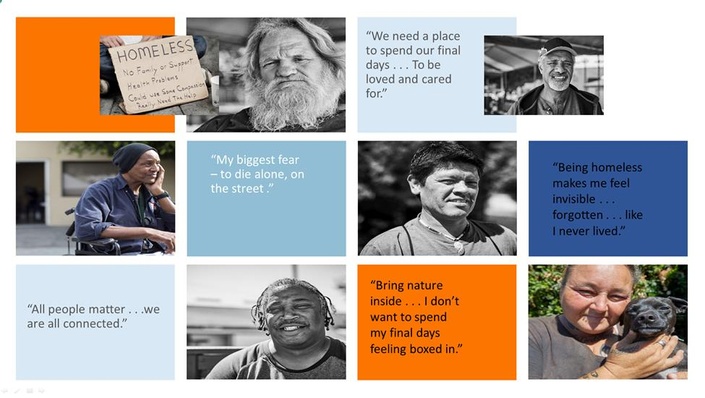 No One Should Die Alone on the Street

"No One Should Die Alone on the Street" explains how men and women become homeless and the impact of homelessness on their overall health and well-being. The webinar also will explore the needs, concerns, and wishes of those who are homeless and terminally ill, and how Joshua's House Hospice will address those needs and concerns in a comforting, safe, and loving home-like environment while providing quality hospice care.

Online Education
Available in days
days after you enroll

Marlene M. von Friederichs-Fitzwater is the Founder and Executive Director of Joshua’s House, the first hospice house for terminally ill homeless men and women on the West Coast and the seventh in the country (to open in Sacramento in the Spring of 2020) and an adjunct professor in the University of San Francisco Master’s in Public Health Program.

Dr. von Friederichs-Fitzwater is also professor emeritus at California State University, Sacramento, where she served for 20 years (1985-2005) as a professor in communication studies including three years as department chair. During her tenure, she was honored with the Distinguished Faculty Award in 1999 and was named a Minority Faculty Mentor in 1996.

She is the founder and Executive Director of The Health Communication Research Institute (HCRI). Established in 1989, HCRI is a 501 (c)(3) nonprofit whose mission is to reduce health disparities and health care inequities, specifically among the homeless and underserved populations. She is a California Legislative Ambassador for the American Cancer Society and is a cervical cancer spokesperson for the California Medical Association Foundation. She was a national consultant for the American Medical Association Ethics Task Force on Physician/Patient Communication.

When does the webinar start and finish?
Once you enroll, the webinar will be available to view immediately. The webinar is a completely self-paced - you decide when you start and when you finish.
Are continuing education credits available?
At this time, we are unable to provide continuing education credits for these recorded webinars. CEs are available for social workers, nurses, nursing home administrators, and chaplains with many of our live and in-person trainings. For more information on our upcoming education, coalitionccc.org/training-events.
I am not a member of the Coalition. How can I join and get member discounts?
Join online when you register for the webinar, or join online today at coalitionccc.org/membership! All purchases at the member rate will be confirmed by CCCC’s staff.
I think I am a member. How can I confirm my membership status?
Contact us at [email protected] or (916) 489-2222 to confirm.